When I first arrived in August, I expected 7th grade to be easy. I would just cruise on through having great time. But I soon realized that wouldn’t be even close to what it would be like. By October, my life was all homework all the time. I got math homework every night. There was blog post due on Friday every week. I was even given reviews for tests with material I hadn’t learned yet!

Eventually, I figured out that I just had to deal with it. I just needed to drudge my way through all those night with no free time. I just needed to do all those silly reviews with new material. I just needed to persevere. Through out seventh grade, I got to learn all sorts of things. Dissecting a dear heart, graphing endless lines, and knowing about natives were some of the things I learned.

But, as the year comes to a close, I have no idea how to feel about 8th grade.

How do you feel about next year?

I have this project at school. I’m supposed to make display to show people what I’ve learned about a topic. I have a problem with this project. I get to choose the topic.

I’m am really bad at choosing topics. All of the possibilities and I have to choose just one? How could anybody choose? Now, for most people, they’re all like “Yay! I get to choose! Now I can research that thing I’ve apparently wanted to research for months!” Not me. First, I have to think of something. That’s where it all goes wrong. What if I can’t find enough information on this topic? What if there is a slightly different topic that would yield better results? I’ll never know. That possibility is what trips me up.

If the topic was given, however, I would have a much easier time. I already know what to research, so it’s a piece of cake from there. The only thing that’s hard for me is the idea.

I doubt anybody else has this problem, but for me, it’s one of the worst. Ever.

There once was a butler named Jim.

He catered to your every whim.

But then one day,

You forgot to pay,

And now he takes care of Tim.

This is a limerick I made with the help of my friend Steve. You can go look at his blog here. I’ll call this limerick… “A Butler Named Jim” by Isaac and his friend Steve. Also, if you want to make your own limericks, just follow this handy dandy limerick limerick:

Line one and line five rhyme in word,

And just as you’ve reckoned

They rhyme with the second;

The fourth line must rhyme with the third.

When I was four

I would open that old drawer

look at the cover

and watch it on my TV set.

To the joy you’ve brought me

and my nice family

and all the days in between

all joyous and long

so the whole wide world could know

I know your plot

inside and in a knot

and there is nothing else I need to know.

Thank you The Aristocats,

for if it weren’t for you,

I simply wouldn’t be me too.

The App Store is full of kinds of weird and original games. You have the free to play games and tilt games and tower defense games and all sorts of other genres. Here my top 5 favorites. Starting with my least favorite:

Star Command is a real time strategy, crew management, spaceship game. You fly around in your galactic spaceship (My ship is called the S.S. Spaceship) doing missions and saving humanity. The game has a lot of crew placement and strategic upgrading of structures. You select crew members and tap somewhere to send them there. The crew will work at stations and defend against invaders. I’ve spent quite a few hours shooting Russian space zombies.

I’m going to warn you; this game is multiplayer only. That doesn’t matter though because it is a machine of mayhem. You get a bunch of friends together to play over Bluetooth or WiFi. Each player gets their own control panel with a bunch of buttons and levers that do ridiculous things to fly a spaceship. Such as returning library books, Pi flap, organize olonimeter, or anything else you could possibly think of. Each player then gets a command, like “Turn force field to 7” for example. The twist is, you may not be able to perform the command. Somebody else has the button. Thus, you must yell out your command to the group so the person that has the button knows to press it. Except you get a command you can’t perform almost every time. It get hectic fast.

Your a new surgeon. You got your diploma to operate on all people named bob. Time to get to work. Well, sorta. Thing is, you can’t really control your hands very well and physics seems to kind of broken. Other than that, you’re ready to go! Time to perform surgeries such as a heart transplant. The controls are purposely clunky to make the game hard. Also, if you hit him enough he will bleed out and die. Also, don’t forget the fact that his heart can flat line. Also, ribs are like impossible to break. Also, if a tool fall off of the operating table, it’s gone forever. Also, this game is hilarious. Don’t you just love it when that hammer you were using to knock out his teeth suddenly fuses with his head? I do. All of this and more, is why I put Surgeon Simulator in spot number 3.

You were in cyrosleep when something malfunctioned and your spaceship is somewhere far away from Earth. (Space seems like a theme on this list) You have to get back. You’re going to have to conserve your oxygen, fuel, and make sure to keep your hull in good condition. You found some sort of alien structure that told you to go to a distant star. Time to start your journey. In Out There, you travel to star to star in a choose your own adventure like way. This game is incredibly hard. I almost always die from running out of fuel. ALWAYS. No, never oxygen or hull damage. It just always has to be fuel. Anyway, you can find alien life and learn their languages. They will also give you alien technology to make your journey easier. I really like how the game has a very sad mood. It’s eerie and dark. Events happen every time you go to a new star. Anything can happen in the events. I haven’t found an instant death event yet though. Overall, Out There is a great game and I highly recommend it.

Castle Doombad is a 2D tower defense game. You’re a minion of Dr. Lord Evilstein, and he has captured a princess! He captured her to harvest her screams to generate electricity so electricity bills aren’t a problem. Oh no! Heroes have come to take the princess back! How dare they! You better build traps to protect the princess for Dr. Lord Evilstein. Each trap takes up a certain amount of room in the manor. You need to use your screams efficiently to make sure you stop all of the heroes. The game has amazing cartoon visuals that I just love. I enjoy the gameplay a lot too. You get to upgrade your towers, fight stronger and stronger heroes, and have a challenge. This game has everything I could ever want. Of all of the games on this list, I suggest you get this one first. Unless you don’t like strategy games for some reason. I just love everything about this game!

These are the 5 games that I’ve found that really stand out to me. Castle Doombad and Out There are just amazing. What are your favorite apps?

Delicious lollipop chicken, fantastic movies, and reclining seats!? This movie theater has it all! Galaxy Theaters is the best movie theater ever.

First off, they serve food during the movies. Delectable burgers, juicy steaks, and amazing lollipop chicken are all choices here. If you get a little hungry, just order some more of that fried cheese. Oh, and how could I forget the deserts? They have freshly baked chocolate cookies, cherry berry tarts, and German chocolate torts. All of which are delectable treats. (You can also sometimes get a root beer float, but you didn’t here it from me.)

Furthermore, they have reclining seats. Who wouldn’t want reclining seats while watching a movie? You get to relax, stretch your legs, and watch a good story. Don’t forget that the seats are a nice leather.

All of this, and more, is why Galaxy Theaters is the best movie experience I’ve ever had. 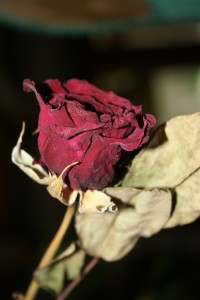 In the lair of the Phantom, the air is heavy with contempt. The floors smothered in pain. The walls emanate hate. Above all this, the roof lies, hiding from the world.

The throne, once sat on proudly, is vacant. All of the humanity has gone. On the wall, the candles glow a sinister red. Drops of liquid fall on to the lake.

The lake is filled with the most polluted of waters. There is no life in such a thing. The boat sways on the waves gently, weathered by the anger. The lake is lined with fanged plants. All of them ready to snap at a moments notice.

All of these horrors are hidden deep underground, so the terrible world will never find it. The lair of the Phantom.

You’re sleepy, out of energy, and you can’t concentrate.

throwing up every hour.

completely useless to anybody.

Being sick is way worse than being tired.

School’s out! Time to go home and relax and play video–Wait–I have homework! Homework is the worst.

First of all, homework cuts into your free time. You come home only to spend 2 more hours of you life doing schoolwork. I’ve even had so much homework that I had to do some on a no-homework night! How is that fair? I thought we weren’t supposed to have homework on no-homework nights.

Furthermore, nobody likes homework. It’s not fun, students get a ton, and teachers don’t like to grade it. It seems like a real lose-lose situation. I have never met someone who likes homework. Ever.

Note: I understand why we have homework. It’s there to let us practice the things we learn in school. That doesn’t mean I like it though.

How is somebody supposed to do this? I’ve tried to pull inspiration from nowhere, but it isn’t working! Thinking of ideas is hard.

One of the problems with making up ideas is that some of them are just plain terrible. Would writing an essay about how peanut butter isn’t a fast airplane be interesting? Everybody already knows that! How about explaining why favorite color is your favorite? For me, it just is! How am I going to explain that?

Also, just because you think of a good idea doesn’t mean you can do it. I once thought to write about dogs. It was a good idea, but the thing was, I knew almost nothing about them. How am I going to write a expository essay about something I know nothing about?

I have no idea how people can think of ideas, but it is impossible for me.

Welcome to your brand new blog!

This is a sidebar and can be changed in Widgets in your dashboard.

You can also modify number of sidebars in theme options!